A JOURNEY INTO THE AMAZON: LIVING WITH THE HUAORANI TRIBE – PART 1

Home Blog Modern Adventure A JOURNEY INTO THE AMAZON: LIVING WITH THE HUAORANI TRIBE – PART 1 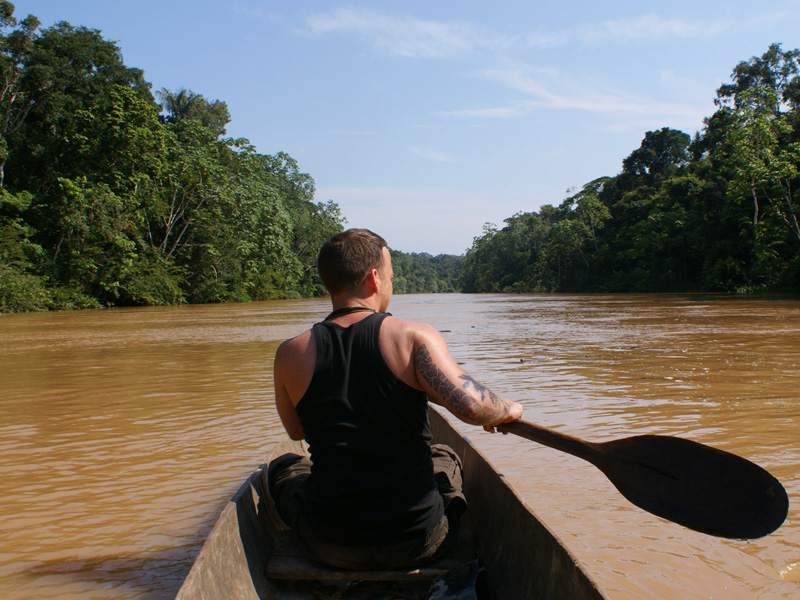 Lying here in the swinging hammock motorised by the hands of Penti’s beautiful 5 year old granddaughter E’ta, her warm smile contagious with the spider monkey playing mischievously, a cool breeze after returning from my first tribal hunt…

After what felt like days, changing in Miami since 9/11 brings with it heightened security through connecting flights. Finally arriving in Quito after no sleep since London as 22 hours had passed, I reached my hotel. Tired and exhausted I open my room door past midnight to be pleasantly surprised by the comfortable arrangements. But still the curiosity of the city, a new humid country full of culture forced me into the shower to clean up and head out for a brief hour. Ready to leave I decide not to bring much, with $50 and some smokes I venture out from the hotel to flag a taxi, a couple stop with a smile and ask where I’m going, I replied smiling “comer y cerbeza” – food and beer – which lifted their smiles higher. Stopping to let me out at a small lit stall I asked how much, they said $2, I replied “yo prefer $5”.

After 2 beers and chorizo with chips I flagged a taxi, the driver had an average build although distinctly coughed flem and spat out the window. He drove past what I found in my few hours of stay to be familiar. Before stopping and asking again the name of my hotel; Inca Imperial. I later found this to be a somewhat of an unknown hotel, possibly due to the high competition engrossed in a centre mass of side streets, he phoned his friend and spoke softly only raising his voice to show the name of the hotel, a recognition to me that he was taking me there.  We went left, he stopped and ask to see the name of the hotel on my key, once given he tooted the horn, I held out my hand to  return the key, he turned and looked at me as though looking straight through me, glazed and distant but somewhat focussed. The stare felt like hours before both doors to my sides flew open. I struggled and the man on my right held his body weight heavy on my inside arm. The man on my left the same but different. Either a knife or screwdriver pressed against my left throat, pulling both arms back in a crucifix position the driver sprayed my entire face with what I found later to be tear gas foam.

I was being robbed.

And only been there for 5 hours.

Pain surged through my face opening my eyes once fuelled agony shooting further behind my eyes, it was horrible. The silent man on my left moved the sharp edge into my ribs, the man on my right looked for one clean connecting blow shouting loud for “dinero”, when I spoke he replied with “KAYATE puto de madre” “KAYATE” . As we drove on what must have been 10-15 minutes of rummaging through my pockets and shoes followed with more punches the man on my right stood up knee to knee, moved me to where he was, opened the door and out I went from the moving car.

I was standing in a slum crossroad which could only be described as a favella.

I shouted “policia” to be answered only by 20 or more dogs barking from all sides. Went on the northern road, running blind to find nothing, stopped. Focused. Separating the barks from the noise of engines. South. Now a race to get back to the hotel before they did with the key. Holding my hand out I was blind, exhausted and in a race. Literally jumping onto the motorway with eyes closed waving both arms a man stopped, did’nt really need to say anything.

The police showed little concern; they laughed and made jokes thinking a gringo would never understand. Opening my room back at the hotel to find it as I left it bright a sigh of relief, a mischievous side of me smiled and thought:

I’ve been hit harder by a girl

Waking up in Quito the next morning was a shock to the system, up and out, first stop, sunglasses.

Quito is a hard place to describe, the slums are apparent within the centre streets, some men dressed in old worn suits with no intention to have a day in the office.  The atmosphere was dry and stale, local music played in my favourite part of the city, the park. Grabbing the few last needed supplies the few smiles received were complimented only with the change of dollars. One day here is enough; I bought a tomahawk which fits perfectly in my long leg pocket in the Bear Grylls style Craghoppers, it’s a dreaded thought returning to volunteer at the orphanage when I return back from the Amazonian tribe. The next morning with all my travel gear I flagged an intelligently selected taxi, the driver had a kind face and wore a shirt and tie, we laughed about true Scotsman and how cold it is under the kilts. The girl at the ticket desk made allot of eye contact through the sunglasses hiding the eyes and cut face. She giggled and played with her hair as I pulled out the passport from down the front of my jeans. $10 to Coca, I’m on my way.

Arriving in Coca with a new found friend, David was 26 and from Canada, a pleasure to be with he has no problems smiling and greets people with a kind presence.  We shared a bus and moved seats when our driver was given a speeding ticket, the police made everyone come off the bus, changing was fine and we arrived in coca safely. A carpenter by trade David was travelling to Peru’s capital Iquitos to meet a friend as business back home was slow.

His Spanish was much better than mine as he negotiated a twin room to share, the next night we drank back a few beers and said goodbye as it was time for him to continue on to Peru, and for me to keep going further into the jungle.

I needed a guide, the next morning I went down to the tourist information hoping to find a bushman to show me the survival tactics of the Amazon and the way to the Huaorani indigenous. No one spoke English when I got there, for such a detailed request it was difficult to understand the specifics. One guide made out what he could of my story and phoned two shady looking lads who agreed to take me as far as X, leave me with a tent somewhere in the rainforest, then someone will come to take me to Y to meet the tribe.

Recommended by the tourism information this was my only option as the guide I came to find, Pato Juanak, wasn’t in town. We agreed on $100 per day, walking back to the hotel for my bagpack a man with a case full of maps stopped me. He spoke slow Spanish for once I absorbed every word.  He asked how I’d come to speak to the two men at the rio Napo docs and what were my intentions? His speed doubled with his hand on my shoulder to take me back to the waterfront, who should I trust? This guy looked shadier than the two I’d just shook hands with, and I’ve just agreed to go with them; trying to stop and turn back he almost pulled me round the corner.

And then I knew why…

Walking towards me was a small stalky tribesman; his genes brought with them raised cheekbones and long hair as he carried 2 fingers and 1 thumb on his left hand. Now side by side I asked if he was going to be my guide, without looking at me his chin held high as he stared straight forward to reply…. “si”

His name was Penti, and from this moment forward he proved to be somewhat of a protector. We agreed on $120 per day, I couldn’t stop smiling, think he liked me too. My luck had changed as Penti never came to town, he was here for the private tribal “fiesta” supplies, which I would now be a part of, and later learned I was about to be the first person to visit them alone, without a guide or translator and travel with the actual tribe themselves as they went home.

Heading back to the hotel for my bagpack we agreed on 1 hour to meet back at the waterfront, walking back we met again he was coming to my hotel, from the bank I withdrew 8 days of dollars and handed 4 days in a half now half when I’m still alive deal. He asked me to wait at the rio Napo.

Time had passed as his son came to check on me, brining me to a dark back street to wait, puppies and chickens locked in cages next to food stalls, homes made from sheet metal, eyes followed my every move, local men walked closer to stare through eyebrows from inches away, I would not have been there on my own. Penti came round the corner with 2 elderly ladies, 2 young women one with a baby, 3 teenage boys 1 teenage girl and a small girl with a puppy. Very difficult to put into words the way Penti’s 5 year old grandaughter E’ta pushed through the locals sizing me up to show an enourmous beaming smile with tiny baby teeth and huge brown eyes, in seconds I felt soothed just by the gesture its self, taking my hand off the tomohawk handle.

The Waorani tribe had come for the celebration supplies, by truck for two hours they sat in the back with chickens and my bagpack, I sat in the front with the driver, it was late when we arrived at a jungle lodge where I happily let go of $10 for a private room. The next morning waking at 6:45 we left to take a 10 hour motorised canoe along the rio Shiripuno, by 07:00 we were on our way but not everyone that was there the night before was present, before I’d arrived they had already loaded the supplies as Penti added my bagpack to the mix sliding down the mud he pointed up at the oil pipes changing the pointed finger to a stern closed fist, Penti spoke broken Spanish well but not native, he explained a story about oil companies.  Sitting in the canoe they smiled and greeted me with curious touching of my tattoos. I couldn’t help notice they cherished the large new supply they had come by, and was happy to be a part of the fiesta catering. 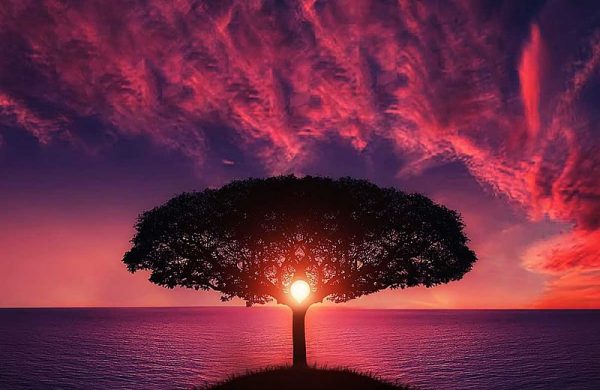 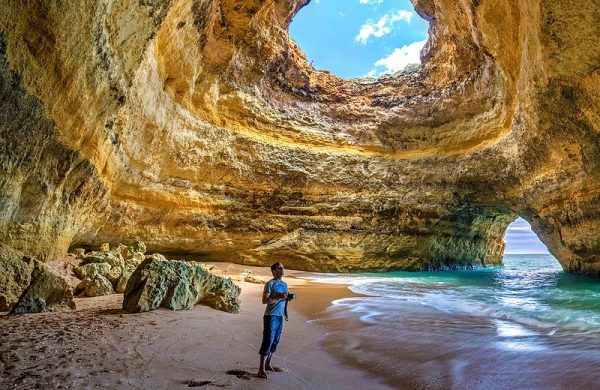 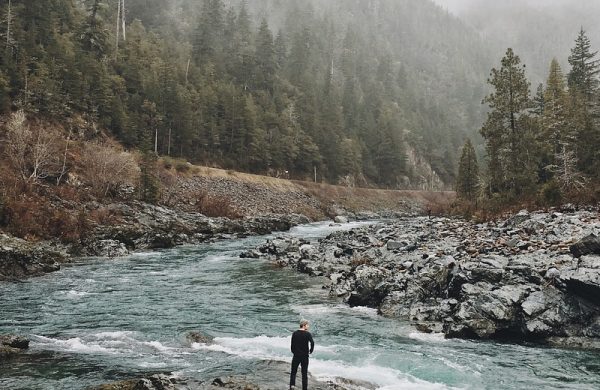 The Bare Essentials for a Survival Adventure